In an increasingly online world where physical money is rapidly declining in popularity, it’s little wonder that more and more criminals are finding ways to carry out their activities electronically. 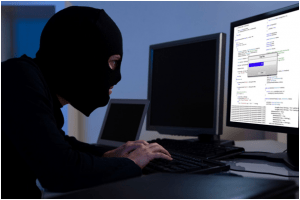 From fake websites selling counterfeit goods and phishing attacks to cyber blackmail and malware, failing to take care while on the web can easily lead to your identity being compromised, your financial standing being damaged or your personal reputation in tatters.

Recently, a series of attacks on the Mumsnet website led to the passwords of all 7.7 million users being reset. The attack included an attempt to force the site offline and also saw the site’s administrative functions hacked. In many such cases, hackers find a way into a site due to a previously unknown bug which they then exploit for their own purposes. This kind of attack not only causes difficulty for the owners of the site concerned but can also compromise the safety of members and subscribers.

Cybercriminals also look for exploits in commercial software, often making use of them to spread malware or viruses. Dozens of bugs have been found in Adobe’s Flash Player software, some of which would have enabled a user’s computer to be infected with malicious software simply as the result of them viewing a web page. The huge popularity of the program means that hackers are constantly searching for exploits – more than 150 updates to Flash were issued in the first eight months of 2015 alone.

Making use of a firm that specializes in software testing services is a highly effective way of ensuring products are free from bugs and therefore as safe as possible from any kind of attack.

In today’s fast-paced world, where reputations can be made or destroyed in a matter of hours, ensuring your product has been thoroughly tested for bugs before being released – and following any major updates – is not just a matter of good customer service, but it can also dramatically reduce your vulnerability to hacks and cyber attacks by eliminating potential exploits.