After several years of being bombarded with images of extreme cosmetic surgery (think Cindy Jackson or the notorious Bride of Wildenstein), there has been a recent move away from procedures that leave women – and men to a lesser extent – looking visibly enhanced. 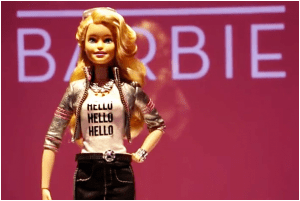 The British Association of Aesthetic Plastic Surgeons – there has been a 9% decrease in cosmetic surgery procedures in the UK since 2013, with an overall trend away from major surgery. Nowadays apparently, the trend is towards ‘tweaking’ in subtle ways rather than opting for the full-blown artificial look which seemed to become so prevalent throughout the Noughties.

The BBC concurs with this report, suggesting that the recent breast implant scandal, when thousands of women were given sub-standard implants, played a significant part in reducing breast augmentation figures.

In a detailed breakdown of the most common surgical procedures, there were only three that showed signs of an increase during 2014. Breast reduction numbers rose by 1% as did face and neck lifts, but the real winner is liposuction, with a 7% increase in the number of procedures.

Vampire facelifts and ‘Baby Botox’ are becoming increasingly popular as we move away from the frozen, startled look that celebrities have become so renowned for. There is a definite trend towards making small changes that improve our overall look but without looking artificial.

However there are advances being made in surgical procedures all the time, and the new kid on the block currently causing great excitement is something called laser liposuction. Designed to target stubborn pockets of fat just below the surface of the skin, this new technique offers fewer side effects and is less likely to damage underlying tissue.

It seems that nowadays we are all trying to make the best of what we have, opting for small but significant refinements, rather than the full-blown evident plastic surgery look which has been so dominant until recently. This is a trend that seems set to last.